The best-paid athlete of 2020 is UFC MMA legend, Conor McGregor. When ‘pandemic life’ hit athletes hard, Conor got back up and said: “You hit like a bitch.” Next, the Notorious MMA knocked out...

The best-paid athlete of 2020 is UFC MMA legend, Conor McGregor. When ‘pandemic life’ hit athletes hard, Conor got back up and said: “You hit like a bitch.” Next, the Notorious MMA knocked out the pandemic.

For the first time ever Irish mixed martial artist, Conor McGregor is the highest-paid athlete in the world. In 2020, the controversial athlete raked in $180 million.

The pandemic may have sidelined athletes or forced them to play to empty seats, Conor McGregor proved 2020 was just as financially competitive as years prior.

Curious how Conor did it? Discover what artists and athletes can learn from the Notorious MMA?

Despite the pandemic in 2020, the 10 highest-paid athletes in the world took home $1.05 billion during the past 12 months, 28% more than last year’s top earners. 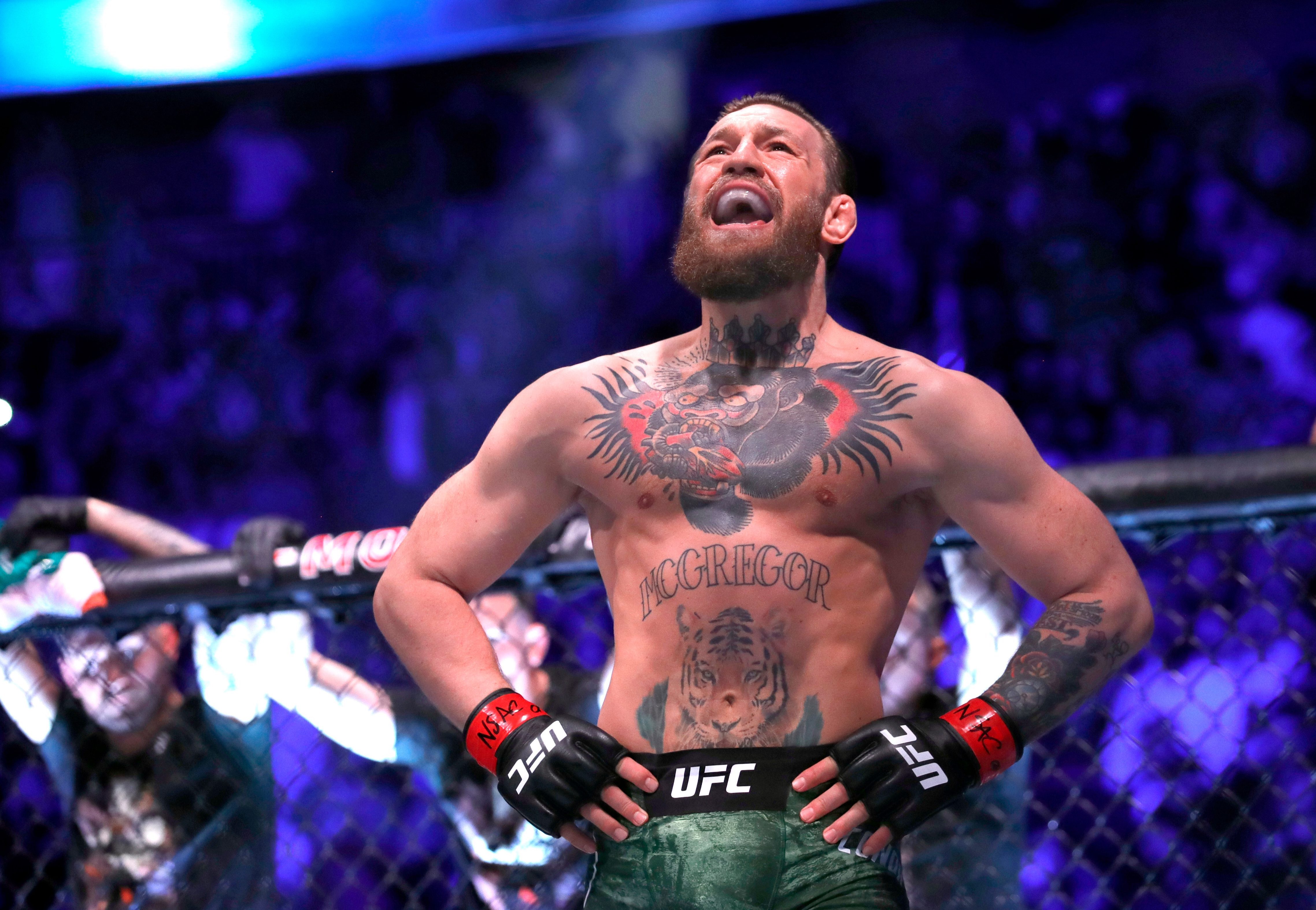 At the top of that list is Irish mixed-martial artist Conor McGregor, with a total of $180 million over the last 12 months. McGregor made $158 million outside of his fighting career.

This makes him the third athlete after Roger Federer and Tiger Woods to earn more than $70 million off the field in a single year while still actively competing three other superstars also surpassed a hundred million dollars in total earnings.

Many soccer players and athletes had their wages cut in 2020, but Lionel Messi, Cristiano Ronaldo made it to the top 10.

Ever asked how UFC MMA legend Conor McGregor built a $200 million Irish Whiskey brand in just two years? Rather than carrying his “Notorious” nickname as McGregor suggested, the brand instead launched as Proper No. Twelve. A very clever entrepreneurial move, since Conor recently sold his majority stake in his Irish whiskey brand Proper No. Twelve.

As start-ups go — even those backed by a celebrity — it’s an incredible, perhaps unlikely, rise.

Remarkable is the way Conor successfully attacked the category that had long been synonymous with a single Irish whiskey brand called: Jameson.

Conor McGregor picked an opportune moment to announce his plans to launch his Irish Whiskey brand.

It was the night of August 26, 2017. Conor had just co-starred in the second-largest-selling pay-per-view event in American sporting history. His fight in Las Vegas against Floyd Mayweather Jr.

Having secured a reported $100 million for one night’s work, McGregor strutted into the post-fight press conference, wearing an eccentric suit, with a bottle of whiskey in the hand.

“I’ll put my whiskey down,” he said, briefly raising the bottle to salute the millions watching around the globe, before adding, “Notorious Irish Whiskey: Coming soon.”

Based on record-breaking demand, after less than one year Proper No. Twelve is available in a total of five countries including Ireland, the United States, the United Kingdom, Australia, and now Canada.

There’s another legendary artist who walks the talk. Jay-Z.

Popularly known as ‘Ace of Spades’ for the vibrant metallic bottles that house the bubbles.

These men are street smart. Authentic. Bold. Brave. Misfits. They have this sixth sense for trends.

And have an army of super loyal fans. Bingo!!

Content Is King: Conor McGregor and UFC Are Coming to TikTok

What else can we expect from Conor Mc Gregor post-pandemic? Of course, digital and hybrid new business models. Because digital means scale. 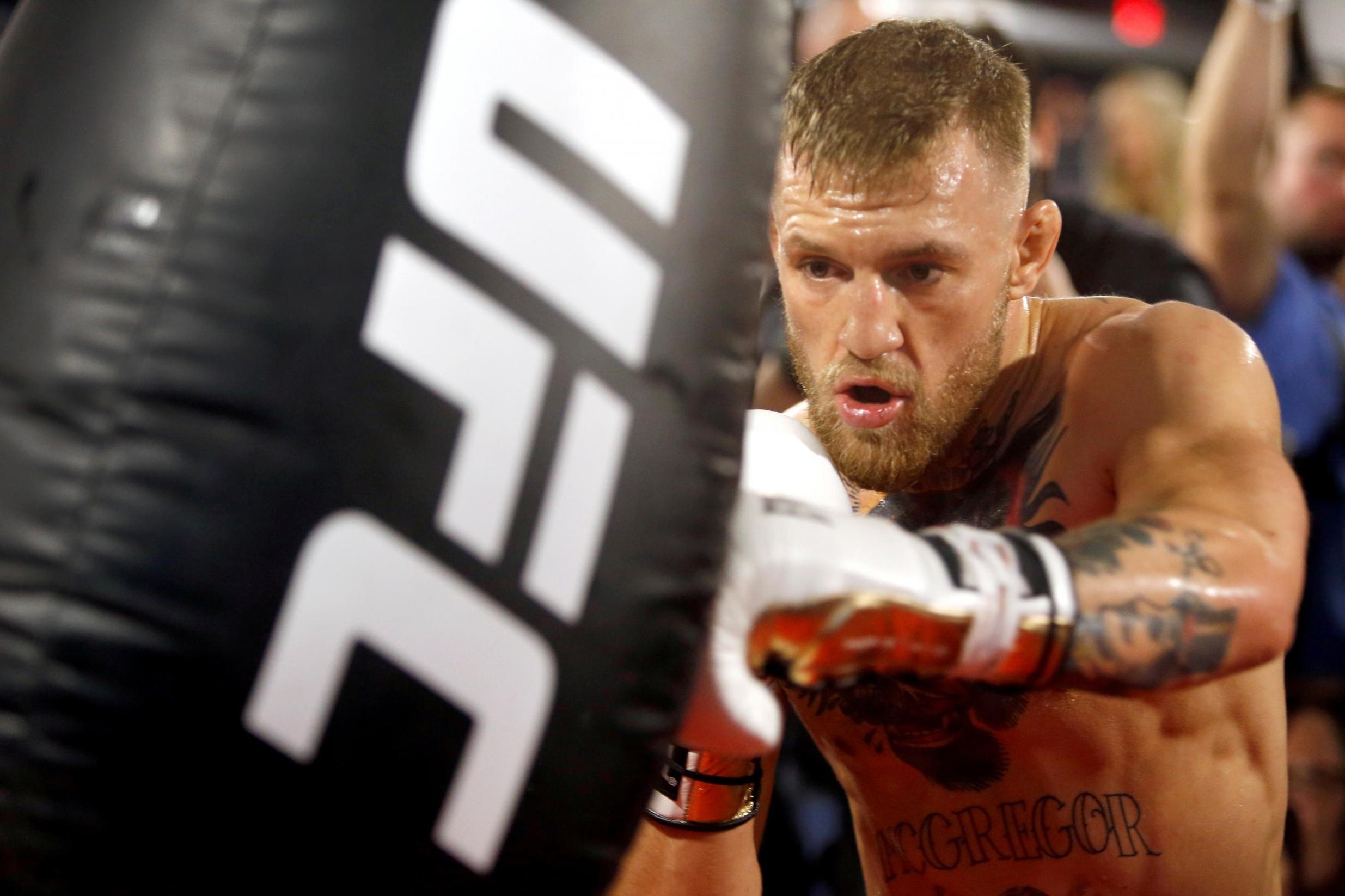 The deal encompasses new weekly UFC shows on TikTok that will feature live footage from weigh-ins and press conferences, athlete interviews, arena tours, fighter training segments, and more. Each show will be programmed around an upcoming UFC live event to drive awareness.

UFC is aiming to boost its existing TikTok follower base of 7.2 million users on its official channels. According to the company, videos with the #UFC hashtag have been viewed more than 8 billion times since 2019.

The goal? To thrill and entertain millions of fans via short-form video that celebrates the great names, games, and history of the world’s premier club competition.

The TikTok channel, @ChampionsLeague, will deliver content for a new generation of fans who are part of a burgeoning TikTok community that spans more than 150 countries and 75 languages.

It will bring new forms of storytelling to a rich archive of iconic moments such as Zinédine Zidane’s volley, the dancing feet of Ronaldinho, and the goals of Cristiano Ronaldo and Lionel Messi.

I have seen many artists flip their funnel in the pandemic year 2020. Content is still king! Distribution is Queen and Metrics the Emperor. The same goes for entrepreneurial athletes. But their brand and management strategy needs an upgrade. No more fans on lease. 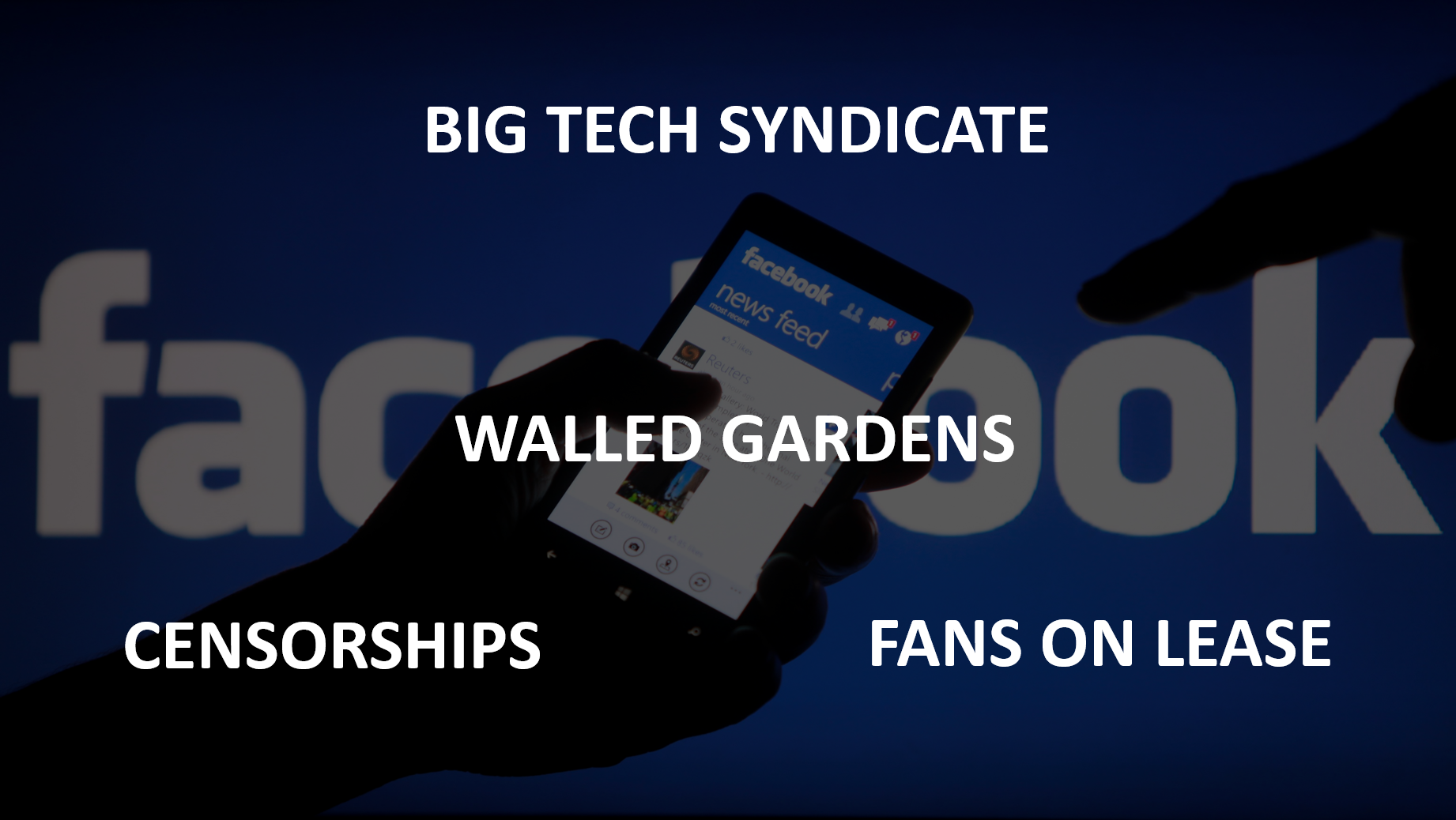 For the coming few years, I expect smart artists and athletes to: Realize that content is king. Many artists will own their IP in the future.

In 2017, Rupert Murdoch made a $2.6 billion bet on the global TV and digital rights to India’s Premier League Cricket for the next five years.

In 2018, Primary Wave bought a chunk of the Bob Marley catalog in a $50 million deal.

In 2019, Spotify inked a podcast deal with Joe Rogan worth more than $100 million.

In 2020, TikTok upped its media partnerships – pushing it towards a staggering $50 billion takeover value.

Big Tech Syndicate – Do We Need To Pay For Their Protection?

I suggest artists will move their content away from the Walled Gardens and Paywalls of Big Tech. Not only moneywise that would be a smart idea.

The pandemic proofed that artists lack freedom of speech in their content on social media platforms. YouTube and other Big Tech players can too easily fade video content to black.

Brands, events, and artists are now also aware that Big Tech is a Fans on Lease syndicate. Do we need to pay them for their ‘protection”?

If all social media would suddenly be gone the next day, fans would immediately move to the artist’s website. So, why wait? Power to the people!

Social networks depend on artists. Artists (and brands) bring in the bulk of the fans. Social networks use them to make billions of dollars each year.

As a thank you (or more a fuck you) to the artists, the exact same social networks censor the artist’s content and they squeeze the artist’s organic fan reach to a minimum.

Are we all awake now? Migrate your fans. Take back control. Carry a big database. MailChimp, not Facebook.

So smart artists will own their content. And fan relationships. NFT and Blockchain will push artists to whole new levels and towards crowdfunded equity.

Blockchain can help us decentralize. Shift power away from Big Tech, into the hands of the people.

The combined artists around the world have 2 billion followers. Artists can be amazing role models and start forces of good.

Artists can also lead social entrepreneurship and social innovation. For example, invest the streaming royalty revenues of a “song” in a social enterprise.

Or ignite the crowdfunding campaign for a good cause that is backed/supported by the artist. With passion and love.

Exciting times ahead of us. So stay tuned. New stories will be shared with our fans and fellow misfits first. We do that via our newsletter. You can subscribe in under 5 seconds.

You will get 1-2 editions per month. Pure content. No ads or spam.