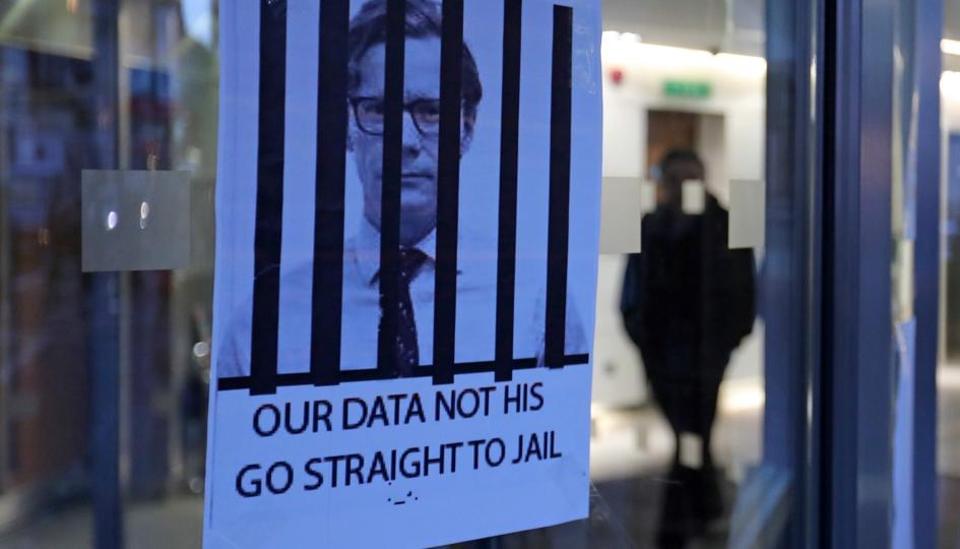 Britain’s Channel 4 News gave Cambridge Analytica CEO Alexander Nix a taste of his own medicine. Their undercover video should be nominated for the investigative journalism of the year award. The outcome of the...

Britain’s Channel 4 News gave Cambridge Analytica CEO Alexander Nix a taste of his own medicine. Their undercover video should be nominated for the investigative journalism of the year award.

The outcome of the video shocked the whole world. The data of over 50 million Facebook users was illegally obtained and exposed. This a scandal that is already been labeled Watergate 2.0.

Does Suspended Cambridge Analytica CEO Alexander Nix Have Blood On His Hands?

The role of mastermind manipulator Alexander Nix seems more than obscure. He is not only being investigated for data breach and smear campaigns, he might even have blood on his hands.

Alexander Nix who seems to have the characteristics of a psychopath was knowingly stealing and ‘selling’ people’s political preferences to shady regimes, dictators, and warlords. For money and power. Unwillingly to accept responsibility for his actions.

If you have seen the undercover video, it’s too obvious to ignore. You don’t have to be an investigative journalist to understand the impact of his actions.

In the Channel 4 News video, Nix was recorded bragging that:

“His company had managed to influence more than 200 elections around the world.”

Nix also mentions some countries like Kenia, Nigeria, and Pakistan. Every sane person on our planet with a purpose in life will understand what dictators and warlords do with their political opponents. They punish them, torture them, or kill them. You don’t need to be Einstein or Hawking to get that.

Nix colleagues told in the same video how proud they were to have:

“Successfully infected the bloodstream of the internet with smear campaigns, using Facebook, and Google.”

That’s like leaking poison into the Amazon river. If the source of the well is infected, all people drinking the Kool-Aid will be sick.

Who knows what else Nix and team hacked themselves into? Into our private Messenger and WhatsApp conversations? Private conversations on Instagram? Facebook owns all these platforms.

And how did team Nix use Google?

Here you can see the Channel 4 News undercover video.

A Message To News Media And The World?

This is an important signal to the News Media. And few white old men who control traditional media and newspapers: You have editorial teams, unlike Facebook. Make sure they check someone’s background thoroughly before you launch him as a mastermind on your screen.

Same to the business conferences that put Nix on their stage as keynote speaker to spread his lies: Conference planning used to be an art, now it’s a science too. Content should be king, not some manipulator who is a very bad role model for entrepreneurs with true passion and purpose. Check who you release on your stage.

To the news media who have been complaining about fake news, social media smear, and the Facebook-Google duopoly: Now is your time. Now you can show the world the necessity of having investigative journalists.

Forget sensation, the need for eyeballs paid subscribers, and paywalls. This is not only about Brexit and Trump. This should also go beyond Facebook’s stock price. This scandal involves our freedom of speech and has endangered our global democracy. And outside our western world, people might have even been tortured over their political preferences. It’s a journalistic responsibility to find and share the facts with the people.

I hope the news media are capable enough to use advanced data-driven and automated journalism tactics. To find the full truth in this scandal, a new approach is mandatory. Images, audio files, and even live video streams will have to be investigated frame by frame. That’s what’s needed to dismantle cyber hackers.

I don’t know about the U.S but this breach of data and privacy is the reason why the EU is launching GDPR in May 2018.

The role of Facebook and Mark Zuckerberg in this scandal is already being investigated. Zuckerberg seems to be tone-deaf about Facebook’s role in this massive breach.

People may doubt whether it’s his Asperger, or if he has commercial reasons to be in denial. Zuckerberg was smart enough to control his shares and his board of directors. But he seems to be delusional when it comes to his responsibility and approach. He has the skills of American illusionist Harry Houdini.

Mark didn’t pull a rabbit out of his hat, he turned Facebook into a deep dark rabbit hole. Probably WhatsApp and Instagram as well.

First, he disappeared for 5 days. While every news medium on Earth tried to track him down. When he and his COO Sheryl Sandberg finally got on TV, they clearly showed that they don’t deserve our trust. Their performances lacked empathy, were completely scripted, and a bunch of Hollywood-like bull shit statements.

And just as Zuckerberg apologized to the world on CNN, he was again under fire. Last Sunday, he was forced to acknowledge that Facebook, for many years, has been collecting the call and text message history of users who signed up for Messenger or Facebook Lite on Android.

He claims Facebook was doing so with the users’ permission. He and Sandberg made it sound that the people were stupid, and Facebook stayed within the privacy laws. They really seem to have no clue about ethics and fair trade.

Zuckerberg should resign. His ongoing lack of transparency, responsibility, and empathy makes him unfit as a leader. He suffers from amnesia when he needs it. But people remember that this is the fifth or the sixth time that Zuckerberg has sworn to protect our privacy going forward. I’ve lost count.

But this time Mark, there is no going forward. No matter if the FTC convicts Zuckerberg or not. The people have already convicted him. #DeleteFacebook is just the start.

People formerly known as keyboard activists have started this movement. And brands will have to leave the platform too. They should have already done that when team Zuckerberg sneakily tricked them into EdgeRank. That was another breach of trust.

People will also start to understand that their data on WhatsApp, Messenger, and Instagram is probably not safe. These platforms are all controlled by the exact same team Zuckerberg – Sandberg.

It’s clear that karma has no deadline. Remember how Zuckerberg “got” his Facebook? That’s exactly how he will lose it.

I assume you have seen this defying moment in the movie The Social Network?

When I first watched the Channel 4 News video, I could not believe it. I looked everywhere to see if this was not fake news.

This whole scandal reminded me of the 1998 thriller Enemy of the State.  A movie starring Gene Hackman and Will Smith. Do you remember the movie?

Twenty years ago, futurists already predicted that data was going to be the new oil.

This is the time for news media to show what they are really made of. News media can now win back the trust of global audiences, slay fake news, and smear campaigns. They need to give people objective and unbiased truth.

It is also a huge opportunity for the U.S. to unlearn and relearn. The current domestic mindset and mentality are what most people in Europe and Asia, perceive is completely inappropriate.

Outside the U.S. people have ancient and sophisticated cultures. Different values when it comes to ethics. We will turn our backs on smear campaigns, manipulations, accusations, and Hollywood-like scripted statements.

We cherish a fair global democracy. We are disgusted by the lack of leadership of Trump. We are embarrassed about his ongoing false and accusing statements.

We also feel that guns are for the police and the army. Not for civilized civilians.

We demand that our data is secured and protected. We don’t want ongoing unethical behaviors to poison our lives. We will use firewalls and create new laws to keep these false intentions out. We will even launch laws to protect us from these violations. That’s why the EU will launch GDPR in May 2018.

This time we will put “Europe First”.

To investors, VC’s and entrepreneurs in the U.S.: Maybe it’s time to reinvent the American Dream? Evaluate if the current one is indeed the recipe for success outside the U.S.

Investors who bet on U.S. firms that will be able to win Europe and Asia? You should take a crash course on inclusion and diversity. Most U.S. firms and their board of directors, are too biased to achieve world domination. The same goes for news media.

If you want the rest of the world to buy into your brand storytelling, think beyond campaigns. Rethink your global brand strategy. We need to believe your profound purpose and we need to be able to trust you.

If you don’t? You will be limited to your small market size of just 325 million people. So, the ones in need of global growth? May the math be with you.

For the ones who want to discover the real world? Start thinking outside ‘your box’. Pack your suitcase, get a passport, and travel the world.