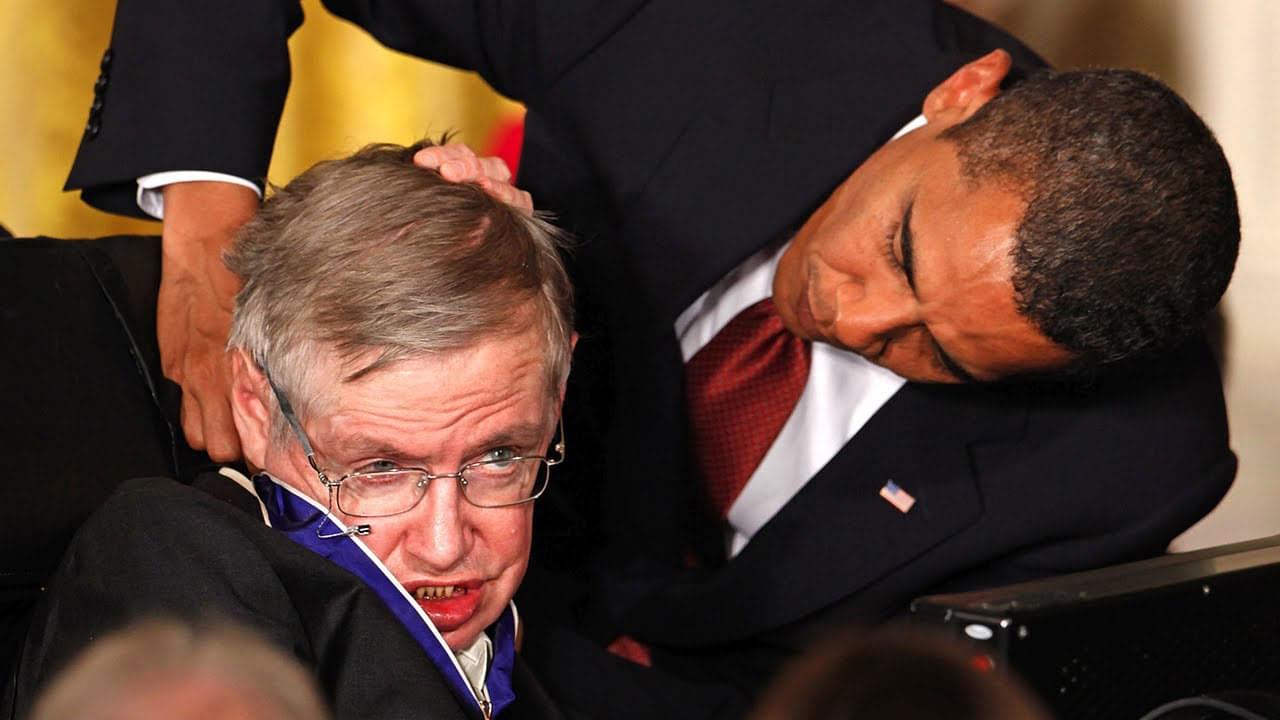 Two years ago, his last post was to the public internet forum a Reddit AMA, answering how humanity will weather an age of technological unemployment.

In this story, I will talk about:

Technology versus humanity, the impact of Industry4.0, Digital Darwinism, AI, Jobs, and Robot Tax, why Speed of Innovation is vital, Mad Men vs. Math Men, and tech in the hands of totalitarian regimes

Unlike Donald Trump, who wants to build walls to keep the Mexicans out, most sane people think that robots will be taking U.S. jobs. And building a firewall to keep the robots out, might seem somewhat naive.

Bill Gates made much more sense: We should consider Robot Tax.

Disclaimer: I distance myself completely from Bill Gates vaccine theories! But I have the ability to keep an open mind. However, when we look at history, and especially the Second Industrial Revolution, also known as the Technological Revolution, people also shouted: Factories will be taking our jobs.

Contrary to our eternal fear for new technologies, the Second Industrial Revolution brought us economic growth, new jobs, and prosperity.

The speed and impact of technologies are too often understated. Many C-suite executives are still addicted to advertising. But in denial when it comes to trend-driven innovation.

This is a discovery I made over the past 25 years on stages and screens, and I’d like to share it with you:

We all want innovation, no one wants to change.

Only 2% of the people are capable to move out of their comfort zones. It’s where the magic really happens.

I hope Stephan Hawking would have agreed with me.

The Impact Of Industry4.0 aka Digital Darwinism – This Time It’s A Revolution, Not An Evolution Theory

In my keynotes last two decades, I have been talking about what’s under the hood of Industry4.0. Experts also call it the era of Digital Darwinism: Digital Transformation on steroids. This time a revolution, not an evolution theory. Sorry, Darwin. The era of adapt to change, or die. Digital Darwinism is the phenomenon in which trends, technologies, consumers, and society evolve faster than established brands can adapt.

It’s a fate that also threatens governments, institutions, and all other corporate organizations. Today, tomorrow, and in the unforeseeable future.

I’m convinced that Industry4.o and its exponential technologies will change humanity more in the coming 30 years than the previous 300 years.

I have been also talking about:

Technology can empower or control humanity. I believe that human-insopired social innovation can make our world cleaner, brighter, fairer fast.

I’m a techno-optimist, just very skeptical about the ethics and morals of people. History shows we can be greedy freaks without heart and soul.

Later, author and keynote speaker Yuval Noah Harari also joined the mission. Harari too started to warn us about technology and totalitarian regimes.

I recommend you to bookmark Harari’s piece called The World After Corona.

My most booked talk for 20 years now, is Mad Men vs. Math Men. I discovered two generations, and this is the future trend framework I developed. Advertising may win quarters, innovation wins decades. Examples?

Modern companies like Airbnb, Amazon, Facebook, Google, Netflix, and Tesla all realize that trends are now more valuable than ever before.

They have contracted dedicated trendwatchers and futurists, that’s why they keep coining the limitless business opportunities of the 21st century. Their ROI?

They are innovating on a scale that we have never seen before, embracing exponential growth that is unprecedented in human history.

The difference in mindset? Mad Men rely on advertising because it might win them a few quarters. Math Men, however, rely on trend-driven innovation, because it will win them decades.

But the main problem is in culture, mindset, and DNA.

Mad Men are always in denial or delusional. They often say: Technology is overstated or we have been doing it like this for 20 years. It’s the most killing phrase for innovation I have ever heard.

Math Men are outsiders and outliers, taking over entire industries in under a decade time. They all have the imagination to see the future of humanity. Or the ideas to create a new future.

That’s why this time, the fear of robots taking over is more relevant than the fear of factories taking away jobs in previous Industrial Revolutions. Exponential technologies vs. our linear minds? Talk to the incumbents like Koda, Nokia, Blockbuster, ToysRUs, etc.

Professor Hawking’s last words on the Reddit AMA were that there was no problem with robots taking jobs — only with the dividends from that robotic efficiency accruing solely to the capital classes thanks to market dynamics, rather than being broadly shared through redistributive state intervention.

If machines produce everything we need, the outcome will depend on how things are distributed. Everyone can enjoy a life of luxurious leisure if the machine-produced wealth is shared, or most people can end up miserably poor if the machine-owners successfully lobby against wealth redistribution. So far, the trend seems to be toward the second option, with technology driving ever-increasing inequality. Since I really admire Stephen Hawking’s radical vision and I feel he has always spoken to us from his profound purpose, I hope that he will inspire people with the idea that technology enables us to do more good.

Hopefully, even people like Donald Trump, and the U.K. with its Brexit, will eventually understand that this era demands collaborative ecosystems, not EGOsystems.

As Martin Luther King Jr. said;  “We may have all come on different ships, but we’re in the same boat now.”

Intelligence is the ability to adapt to change.

And I’m very curious to learn what your favorite Stephen Hawking quote is. And why?

For the future, I hope our world will see greater leadership than i.e. Trump. A future in which our diversity is once again celebrated and our inclusiveness will set an example worldwide. Maybe, if we combine our minds with smart technologies and AI, we can make it happen sooner than expected.

Artificial intelligence gave Stephen Hawking a voice, but he also used his voice to warn us against AI. Whatever AI may bring us, it’s up to us (the people) to distribute future wealth much better.

If you’d like to read more on the Fourth Industrial Revolution, I suggest you Google it. Or read this Industry4.0 piece by SalesForce.

Hawking or Gates, I think this era makes one thing crystal clear: Be nice to nerds, we will all end up working for one. A quote from another great leader with a “Math Man mindset” Bill Gates.