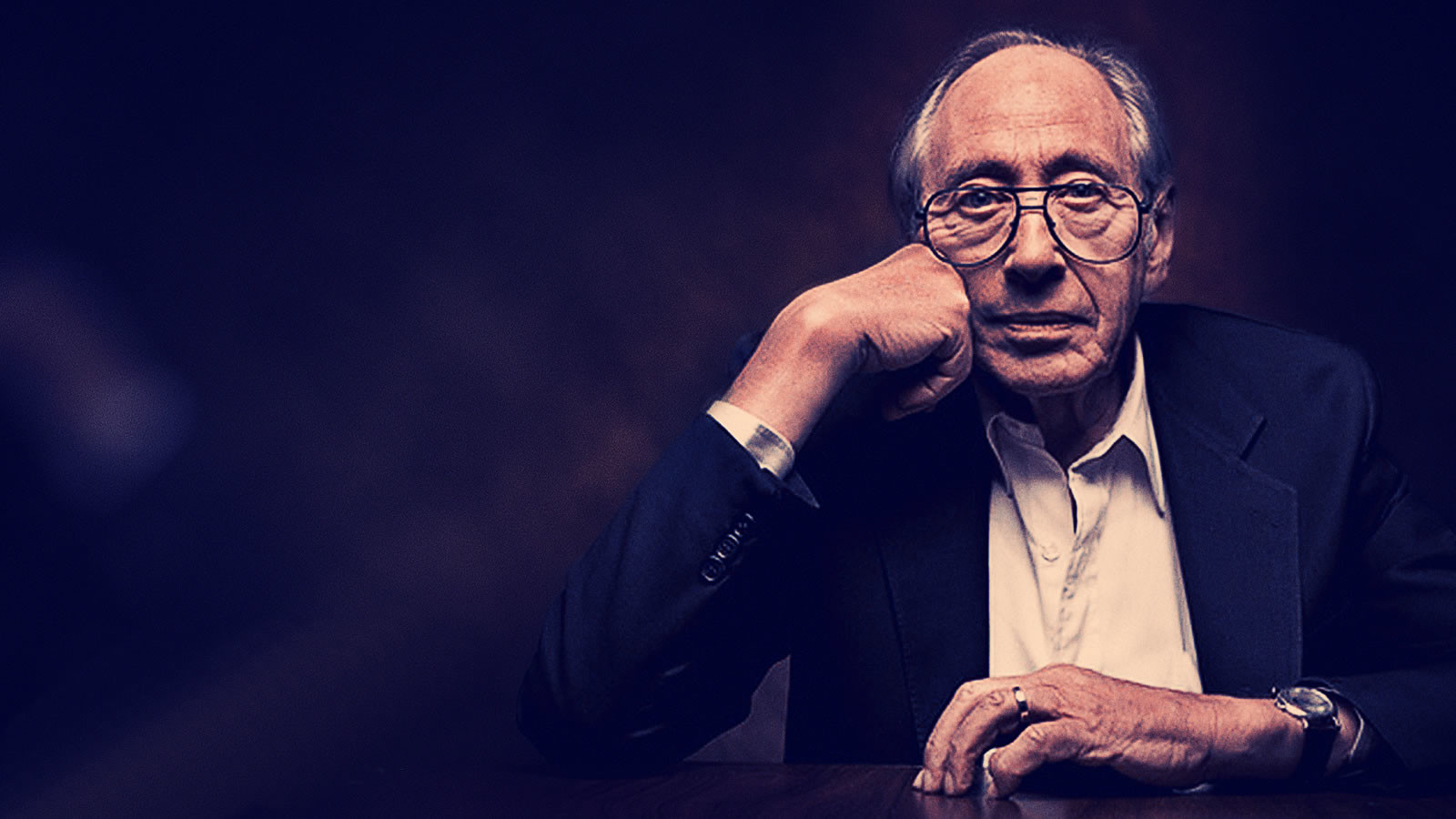 Perhaps the greatest futurist of his time, Alvin Toffler is best known for his best-selling book Future Shock (1970). As a guru of the post-industrial age, Toffler’s radical vision inspired many global (business) leaders....

Perhaps the greatest futurist of his time, Alvin Toffler is best known for his best-selling book Future Shock (1970). As a guru of the post-industrial age, Toffler’s radical vision inspired many global (business) leaders.

Alvin Toffler is best known for his works discussing modern technologies, including the digital revolution and the communication revolution, with emphasis on their effects on cultures worldwide.

Of all the books that I have read in the last 25 years, Future Shock is by far the one that has taught me the most. Can you imagine? A book that was published in 1970! The year that I was born.

In all the talks that I have done the last 17 years, I have added at least one of his quotes or one of his ideas. Toffler’s list of bestselling books continued in a particular rhythm.

Toffler was born in New York City and raised in Brooklyn. Both his parents were Jewish immigrants from Poland. He was inspired to become a writer at the age of 7 by his aunt and uncle. After writing for Fortune magazine (1959), Toffler began a freelance career, writing long-form articles for magazines. Next, Toffler was hired by IBM to conduct research and write a paper on the social and organizational impact of computers and artificial intelligence.

In the mid-1960s, Toffler began five years of research on what would become Future Shock, published in 1970. It has sold over 15 million copies worldwide.

In his life, Toffler’s ideas inspired many leaders, politicians, and serial entrepreneurs.

In 1980 Ted Turner founded CNN, which he said was inspired by Toffler’s forecasting the end of the dominance of the three main television networks.

Mexican billionaire Carlos Slim was influenced by his works and became a friend of the writer.

Techno music pioneer Juan Atkins cites Toffler’s phrase “techno rebels” in The Third Wave as inspiring him to use the word “techno” to describe the musical style he helped to create.

Accenture identified Toffler in 2002 as being among the most influential voices in business leaders, along with Bill Gates and Peter Drucker. Talking about a smashing ‘line-up’.

I continued my love for techno on the magic island of Ibiza, which plays an important role in my life since 1986!

After my first MarTech exits in 2007, I built my dream house in Ibiza. I dubbed the finca Can Canto Ibiza. It sort of means “the house with ‘music in it.”

With his first book, Future Shock, published in 1970 Toffler coined the term “future shock” to refer to what happens to a society when change happens too fast, which results in social confusion and normal decision-making processes breaking down. The book is still relevant today in many ways.

His 1980 book The Third Wave describes the first and second waves as the agricultural and industrial revolutions, the “third wave,” a phrase he coined, represents the current information, computer-based revolution.

In The Third Wave, Toffler also predicts the spread of the Internet and email, interactive media, cable television, cloning, and other digital advancements. He claimed that one of the side effects of the digital age has been “information overload,” another term he coined. In 1980!

In Powershift, published in 1990, Toffler brings to a climax the ideas set forth in his previous works to offer a stunning vision of the future.

That man had foresight.

How A Toffler Quote Unlocked My Speaking Career

Toffler’s thinking taught me that Industry4.0 is in its essence about sociology, not technology. The challenge with exponential technological change, however, is that linear thinking is becoming a serious threat. Today’s experts also call it digital Darwinism, the phenomenon in which trends, technologies, consumers, and society evolve faster than established brands can adapt. It’s a fate that also threatens governments, institutions, and all other corporate organizations. Today, tomorrow, and in the unforeseeable future.

On the other side, we see the Math Men. New companies that are leveraging the power of trends to fuel their marketing and business strategies. They don’t bitch about business cases, they are the business case. It’s their trend-driven, opportunity-seizing innovation culture that is disrupting and demolishing incumbent brands.

I truly think that Alvin Toffler’s ideas subconsciously unlocked my sixth sense for trends, and the above quote inspired me to eventually become an independent keynote speaker. One who dares to speak freely and fearless.

Yes, I might be a complete and utter idiot with my futuristic predictions. But Toffler’s vision gave me courage and confidence. The future is about being imaginative, not being right.

So, when social media keyboard activists ridicule me for my vision or predictions, I smile and think: Sure dear haters, 5 exits so far. All pure luck. I no longer give a fuck. I am eternally grateful for your wise words, Mister Toffler! A lesson for life.

In honor of Alvin Toffler’s inspiration, and for using his quotes so often on stage, I owed this radical visionary a tribute.

I watched his documentary several times. It’s about our global economy is in crisis. The exponential exhaustion of natural resources, declining productivity, slow growth, rising unemployment, and steep inequality, forces us to rethink our economic models.

Where do we go from here? In this Vice feature-length documentary, social and economic theorist Jeremy Rifkin lays out a road map to usher in a new economic system.

The other imaginative mind is certainly Yuval Noah Harari.

Yuval Harari is an Israeli historian and a tenured professor in the Department of History at the Hebrew University of Jerusalem. He is the author of the international bestsellers Sapiens: A Brief History of Humankind, Homo Deus: A Brief History of Tomorrow, and 21 Lessons for the 21st Century

I hope you will enjoy Future Shock as much as I did. Remember, published in 1970.

I’d also love to hear what you think of the foresight offered by Rifkin and Harari.