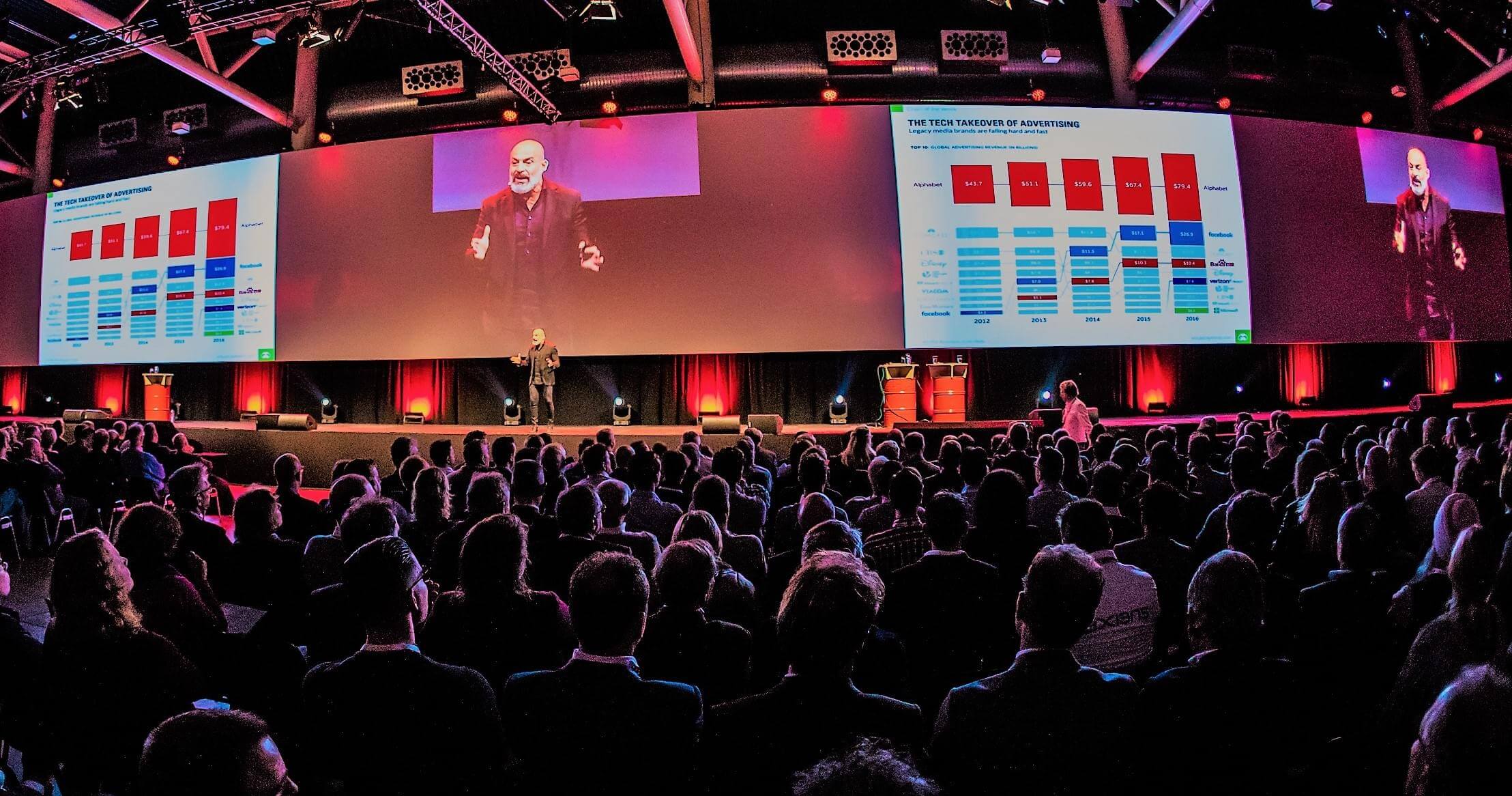 Facebook Inc. will continue its takeover of advertising in 2018. This story is a prequel to the keynote speeches I will deliver at marketing and media conferences this year. I will talk about how...

Facebook Inc. will continue its takeover of advertising in 2018. This story is a prequel to the keynote speeches I will deliver at marketing and media conferences this year. I will talk about how innovation is changing the digital advertising business and creating new opportunities for disruption.

For the last five years, I have been talking and writing so often about the Facebook-Google duopoly. How they are deconstructing the whole media industry. How they are demolishing media owners and publishers. And how they are disintermediating the media agencies.

Disruptions like this, go way beyond the media industry. Legacy brands across all industries are failing to significantly coin the trends. That’s why they are slipping away every day.

Experts call it the era of Digital Darwinism – the phenomenon in which trends, technologies, consumers, and society evolve faster than established brands can adapt. It’s a fate that also threatens governments, institutions, and all other corporate organizations. Today, tomorrow, and in the unforeseeable future.

Facebook Inc. Keeps Growing its Empire in MAU’s and Money

Also, this year, Mark Zuckerberg’s empire will still be ruling the global social media landscape, in terms of both monthly active users (MAU’s) and money. Although many of us are speculating that millennials are massively turning their backs on the social network, data tells us a different scenario.

Is it because our linear Mad Men minds tend to forget that Facebook Inc. is much more than the blue social network? With the acquisitions of WhatsApp and Instagram and self-created platforms like Facebook Messenger, emperor Zuckerberg happens to own four of the world’s largest social media / messaging services.

Facebook alone is used by more than 2 billion people per month and both WhatsApp and Messenger also passed the billion-user milestone in 2016. Tencent, the Chinese company behind WeChat and Qzone might also boast a billion users in total, but it still doesn’t come close to matching Facebook’s global footprint. See the new chart provided by Statista: When it comes to monetizing its platform users, Zuckerberg’s platform also leads the way. Where Twitter, LinkedIn and Snap Inc. are still not able to monetize its users, Facebook has become highly profitable. It has not only slayed traditional media owners, it’s also teaching other social platforms a lesson. So emperor Zuckerberg is entitled to say: Veni, Vidi, Vici. I came, I saw, I conquered.

The pace of the takeover of advertising is indeed hard to grasp. Facebook’s jump from US$7 billion in 2013 to US$26.9 billion in 2016 is stunning. Why Facebook’s Global Advertising Revenues Will Continue to Keep Growing?

Facebook’s reach and services are their immense attractiveness to advertisers. They were the first social platform that gave global brands the ability to target specific groups based on likes, dislikes and past behavior. That is why Facebook’s social media advertising revenues have grown immensely over the past few years.

The total global social media advertising revenues might even grow to a staggering US$65 billion in 2022, more than double the size of the U.S. market. See the chart below: If they are able to get their ARPU playbook right, Facebook also badly needs to win the BRICS markets to keep growing: Brazil, Russia, India, China, and South Africa. The BRICS markets combined, would enable Facebook to connect to an additional 3 billion users. The combined GDP of the BRICS markets in billions of US dollars would push Facebook’s revenues and profitability through the roof. See below chart: Zuckerberg tried to win India with a bold move. But his $600 million bid to win the digital streaming rights of IPL – one of the most popular cricket tournaments in India – was turned down.

Star India, the subsidiary of Rupert Murdoch’s 21st Century Fox, paid US$2.6 billion to secure the rights, both broadcast and digital, for IPL. The most asked question by audiences after my talks? Does the Facebook empire have an Achilles heel? My answer? Every empire eventually falls. And Facebook has several weak spots.

Napoleon was smart, a genius, the cleverest general in the world at the time, but not the best systematic thinker, and not self-aware enough to realize when he began overstepping. That is the comparison I can make in relation to Zuckerberg, who’s ego became rather big over the last couple of years.

Facebook is coming off a tough year in which it had to battle fake news and reports that Russian-linked groups attempted to influence the 2016 presidential election with ads on its service.

Next, many consumers complained about Facebook’s aggressive increase of spammy timeline ads and the interruption of their social conversations. People started to compare the social network with a traditional broadcaster.

Global advertisers had already called Facebook’s Edge Rank (and its new algorithms) a dirty trick which suddenly prevented them from connecting with their fans. One day, Zuckerberg suddenly decided that brands could only organically connect to 6% of their fans. To connect to the other 94% of their fans, brands now had to pay Facebook. CMO’s felt betrayed and were furious about this ‘fans on lease’ measure.

Facebook’s lack of footprint in the BRICS markets certainly is a severe weak spot. One that is keeping Zuckerberg awake at night.

So, after a rough year in 2017, emperor Zuckerberg recently shocked the world with his announcement that Facebook would make drastic changes to its News Feed to try to foster “meaningful interaction” and make Facebook more of a force for good.

All clear signs that Zuckerberg’s empire – like Napoleon’s – has its Achilles heel. So, despite the growing advertising revenues, Zuckerberg needs to step up his game.